It was time for us to head to Firenze Station to head to Venice Mestre. I did a lot of research before determining where we would stay the last night of our honeymoon. My heart said Venice (the island), but my mind said Mestre, simply due to budget and value for money. We were only spending a day in Venice as we had a late night flight back to Frankfurt to save on having to shell out for another night in a hotel.

We hopped aboard the ICE train again to go to Mestre. The journey was supposed to take about 2 hours, but the train hit troubles about three quarters of the way in. We sat on the train for about 45 minutes before it started up again. The good thing was, they informed about the delays in English.

When we arrived in Mestre, we stepped out and I said to Nick that I could immediately see our hotel – right from the platform! We stayed at Hotel Plaza, and our room was nice and quiet and a good size. For the price, it was a steal compared to Venice itself. The breakfast was included in the deal, and it was literally a 2 minute walk to our hotel.

After we checked in, we were super hungry after the delay on the train. We ended up trying out the hotel restaurant. Tip of the day – try the restaurant! We usually wouldn’t go near a hotel restaurant, but we were desperate. It was the best meal we have had in Europe to date – and in fact, I would extend it to say it was the best meal that I personally have had since moving to the USA! We had the beef fillet steak and the fettucine pasta. It was incredible, and made our bellies extremely happy before retiring for the night.

We woke and ended up enjoying the huge buffet breakfast. It was hectic in the breakfast room, a little stressful, but a huge sized spread. It was a little embarrassing but I couldn’t work out the orange juice machine. An Italian man had to help me. Awkward.

We soon headed across to Mestre station and used the machines to buy tickets. It was a little confusing working out the platforms, but Nick asked someone and we figured it out. The journey took only about 8 minutes, and there was a nun sharing the little area with us. (That was also something I found interesting about Italy – Roman Catholicism was still very prominent and nuns and priests seemed to be everywhere).

The station turned out to be right in the midst of it all. When we walked out we were right in amongst the canals and the bridges (which I soon learned were everywhere!). Nick had actually been to Venice before on one of his TDY’s, but we still seemed to find lots of new things that he hadn’t seen or experienced before.

It was around 10am when we arrived, so there was lots of walking, window shopping and souvenir shopping. We had no specific plans in Venice, so like in other places, we just took to the streets and walked. Unfortunately for me, the mosquitos liked me a little too much in Italy. I ended up with some extremely infected bites, which meant I started losing feeling in my calf! It ended up being a miserable afternoon, but fortunately the morning wasn’t too bad. 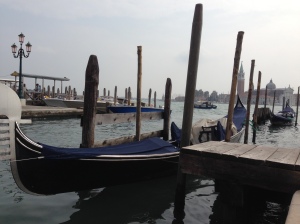 I’m not sure what I expected, but the clothes shops in Venice were great. There was a lot I wanted to buy, but since we were flying Ryan Air, I resisted the urge to shop up a storm as we weaved through all the little alleyways and boutique stores. Most were surprisingly affordable, not marked up with ridiculous tourist prices.

After seeing the cathedral, and the beautiful view from where the gondola’s dock, we ended up desperate to find some food. Instead we ended up stopping for a drink that everyone seemed to be drinking. In the end, we tried it, ended up with horrible service (to the point of almost walking off without paying because not one person would bring the bill) and wished we never had. It was one of those drinks that just catches in the back of your throat and was awful. Somehow we finished them, but it was a ‘never again!’ scenario!storm as we weaved through all the little alleyways and boutique stores. Most were surprisingly affordable, not marked up with ridiculous tourist prices. 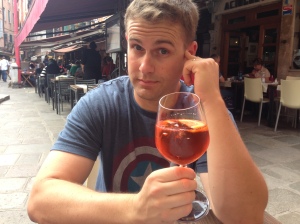 Eventually we found a delicious place to have some focaccia pesto bread. It was delicious. I’m so glad Nick found the place. I was at the grumpy stage of being hungry and only he could save the situation! We then followed it up by a cookie.

I did not expect much from Venice. Most people seem to be disappointed by the place – perhaps all the crowds, perhaps the darkness and depression about the fact it actually is a sinking city. Even Elizabeth writes about it in ‘Eat, Pray, Love’. I, however, loved it. I enjoyed that you could cut yourself off from all the crowds by making a random turn at a random alleyway, and still find things to do and things to see. It is actually peoples opinions on Venice that made me realize that there’s no point asking what other people think about a place – if you want to go, just go! Everyone likes different things. Everyone has different preferences. A lot of it also has to do with timing – the end of September was perfect both weather wise and tourist wise. 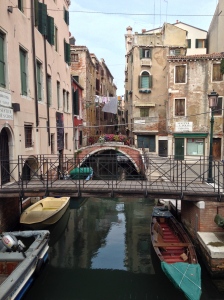 As I was struggling to walk by about 3pm, we ended up heading back to Mestre. We wanted to have another dinner at the hotel. It turns out that it didn’t open until 7pm (whaaaat?! Europeans be crazy!). We had to wait in the lobby on wifi for all those hours and waste time. We ended up going in at 6pm and having a drink in the hope we could order earlier. Nope – these guys were sticklers for sure! We had to catch our bus to Venice Treviso Airport at 7.40pm. The waiters thankfully put our order in fast and we finished and ate well within time. I’m not sure it is even possible, but our dinner was even better the second night.

I know a lot of cruises leave out of Venice, and if we were ever to go on one, then we will definitely stay at this hotel again. The price was great, the food was great, there’s free parking if you drive, and the short distance to the island made it super convenient. The shuttle to the airport took about an hour and we were able to grab the tickets from a shop just three places along from the hotel. I think it was about €10. Our flight was also super fast back to Frankfurt – it only took about 1 1/2 hours as the flight boarded fast, so it took off early, and the pilot made further time up on the flight route. 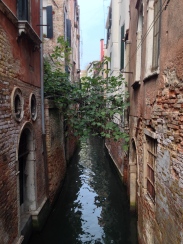 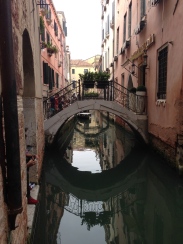 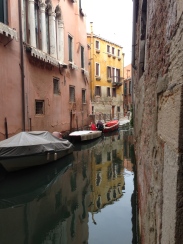 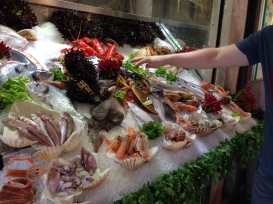 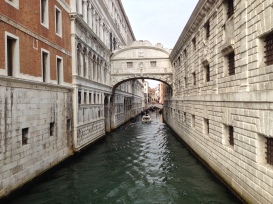 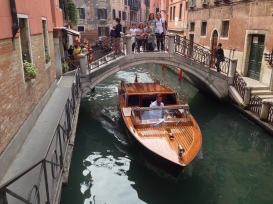 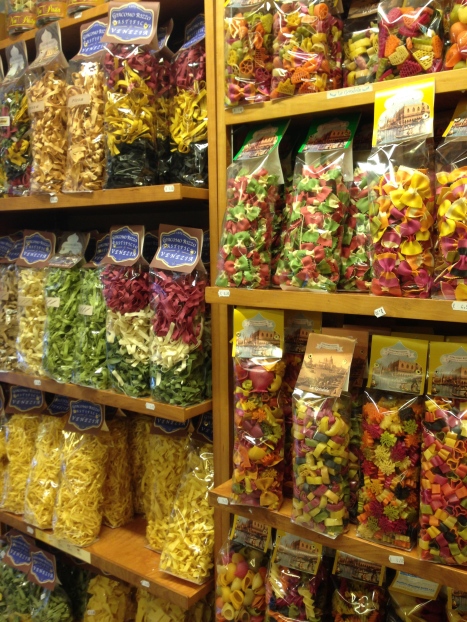 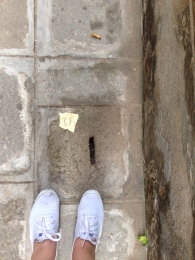 (Excuse the ditty shoes) – these were holes to allow drainage 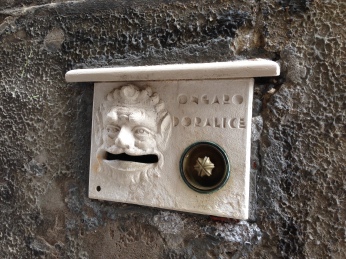 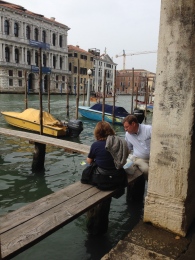 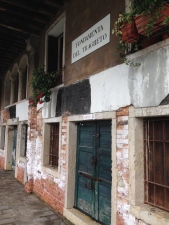 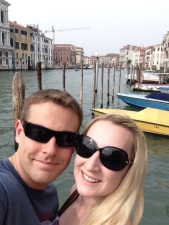 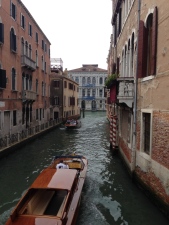 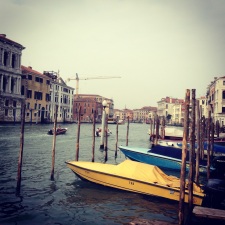 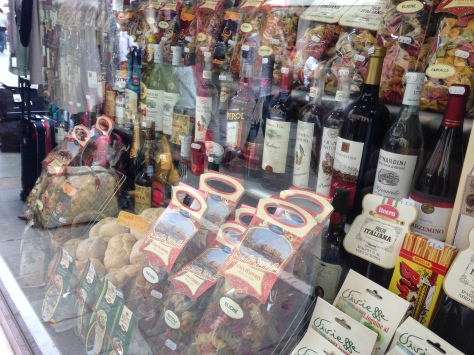 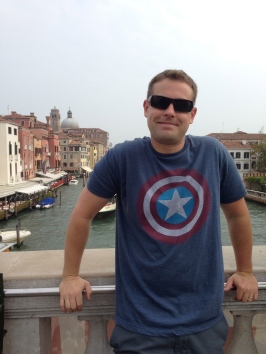 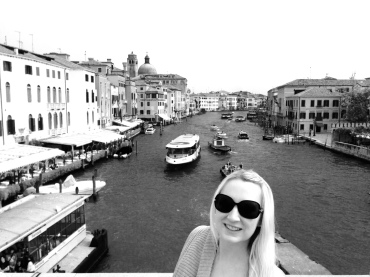 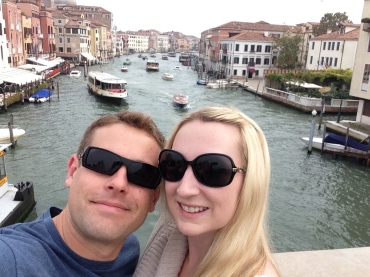 Italy in a nutshell

What can I say about Italy? It was magical. People were friendly, the food was great and wine was abundant. I couldn’t think of anywhere better to have spent our overdue honeymoon. People said Rome was overrated, people said Venice was overrated. I can’t help but disagree. Places are what you make of it. We also found that as long as you said hello, thank you and goodbye in Italian, people were perfectly friendly if you couldn’t grasp the language. I hope that we can make it back again, maybe for our second anniversary so that we can cover the places we didn’t get to see this time around – namely the Vatican and Pompeii!

One thought on “Italy, Venice”